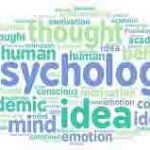 Who Owns Ukraine or Anywhere Else?

At one time our ancestors lived as nomadic hunter-gatherers and lived under the guise of nothing but natural instinct [Erasmus, 1509].  They survived by adjusting intuitively to the ever-changing laws of nature and, as a social species, they remained in balance with each other by continually re-adjusting their own behaviour in accordance with how others reacted to it.  Everything was shared, so ownership was communal, and no one attempted to exert dominance or control over others because the community was always valued more highly than any individual within it.  Their on-going attempt to remain in harmony with their natural environment and with one another was their sole survival-strategy and it’s still practiced today in those few more isolated communities round the world that have not, as yet, been interfered with by any external power or force of authoritarian control.

Now though, most peoples’ freedom has become constrained by authority’s dominance and control, even though any claim to justify its enforcement remains illusory.  In fact, ethnologists describe: legitimizing authority, by means of coercive force, for the purposes of maintaining social order, as ‘despotic’ [Bohn, C. 1997].  In 1938 throughout Europe, for example, sixteen dictatorships in which coercive methods of control were employed to severely restrict personal liberties [Lee, S. 1987], but this practice soon became recognized as anti-humanitarian, and by 1975 these dictatorships had all been replaced by more democratic governments.

Since ‘democracy’ has been described as: ‘a type of political system within which all members have an equal share of power to vote’, this might appear to have been a step in the right direction.  However, after voting, much of that power immediately becomes transferred to the people they voted for, and usually results in ongoing disagreements between the government and the citizens who elected them.  Although ‘slavery’ had been condoned by successive British governments since the birth of colonialism, it was not banned until 1833, and, in 1918, a number of British citizens were imprisoned for their pacifist views; furthermore, British women were not given the right to vote until 1928.  These are just some of the many more humanitarian changes that have come about, but usually as a consequence of continued pressure upwards from citizens, despite on-going resistance downwards by the governments they elected.  Such resistance was, and still is a consequence of ‘authorities’ who: having once been once intoxicated with power, and derived any kind of emolument from it, even though but for one year, can never willingly abandon it [Edmund Burke, 1796].  In fact, the power to control others gave rise to: the most universal follies, namely: the need for reputation and glory [Michael Montaigne, 1886] because it acts like an aphrodisiac and causing the self’s own narcissistic need to overrides all external criticism.  In common parlance, power corrupts and absolute power corrupts absolutely.

The birth of this highly addictive attribute to power-and-control, probably began after the Ice Age about twelve thousand years ago, when small egalitarian bands of hunter-gatherers became less nomadic and started to adopt the more settled practices of agricultural-development and animal-farming in the fertile regions of the Middle East.  In consequence, the first towns and cities appeared, along with the illusory concept of ‘ownership’ over land.  However, in his: ‘Discourse on Inequality’ [1754], Jean Jacques Rousseau summarized its origin thus: the first man who, having enclosed a piece of land, bethought himself of saying ‘this is mine’ and found people simple enough to believe him, was the founder of civic society.  As a result, it has initiated an unstoppable land-grab for the mapping of the World, with on-going conflicts over the boundary definitions of estates, kingdoms, countries and empires, often at the expense of the indigenous peoples who once roamed freely across all these lands long before this mapping-process began, which may be why Shakespeare claimed: I see in a map the ruin of us all.